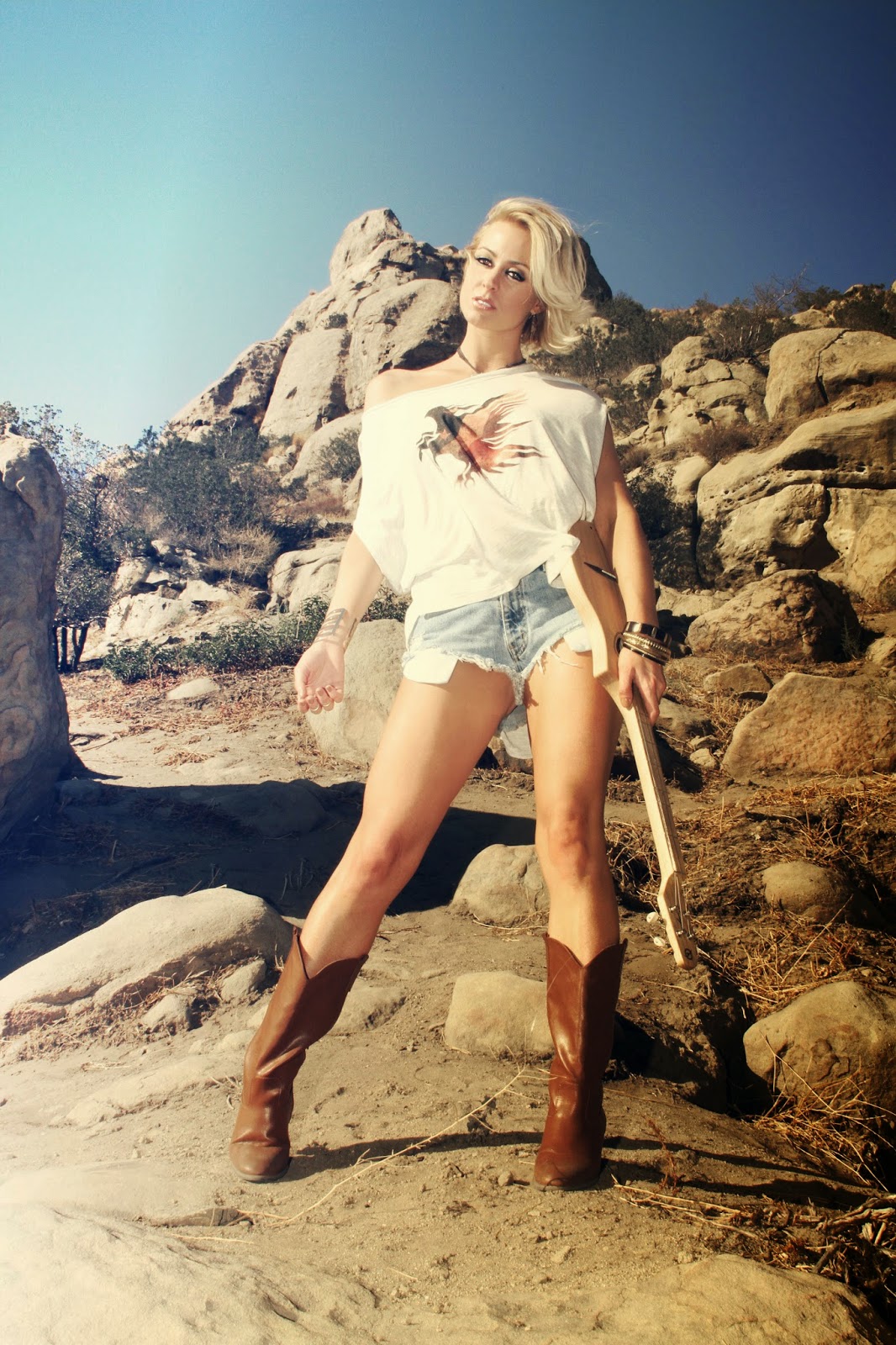 Where are you from?
Jersey born, now residing in California.

Who else is in your band?
When we do full band shows and also on the album:
Steve Poloni on slide guitar/electric
Ben Feltner on bass
Brian Blake on acoustic guitar
Corey Coverstone on drums
Hayley Deakers on back up-vocals
And myself on lead vocals, piano, and some banjo.

How would you describe yourselves and your music?
Country, Southern rock, California country.

Who are your main influences musically?
The music I was raised on definitely influenced me the most: Johnny Cash, June Carter, Buddy Miller, Eric Clapton, The Beatles, Joni Mitchell..to name a few. As I was growing up, I always loved The Dixie Chicks and today I’m digging Miranda Lambert and The Band Perry like no other, but the classics I grew up with will always hold the number one spot for me.

What do you hope to achieve in music?
When I see the tears from my fans and friends after I perform a song I've written that truly resonates with them - I know I'm doing what I'm supposed to be doing.
I want to reach that person who wakes up one day and feels like its not worth it anymore. I don't need to be famous, it has never been about that. It's about that person who's had a horrible day and when they hear your song..for a few minutes there's hope. It's like, for a few minutes the worlds not such a horrible place any more.
For a long time, I believed songwriting was just my way of pouring my heart out, but it became apparent that my songs and story resonated with others..and that's when I knew this is right, and that it means everything.

What has been the highlight of your career so far, and why?
There's always new and exciting things constantly coming up, so this is a hard question! Last year we performed at the Official Oscars After Party in Hollywood before Billy Ray Cyrus. I'm also about to open for John Carter Cash, which is a very exciting for me considering how much I was influenced by his parents, Johnny and June, from a musical standpoint.

And what’s the moment you want to forget?
Almost becoming one of the Pussycat Dolls. I love them..but I'm a singer/songwriter not a sexy perfect Pussycat Doll. lol

If you had to pick just one of your songs to represent your music, what would it be and why?
My song The Heart Decides, which is the title track off the upcoming album. The lyrics explain me to a T, and can be relatable to any person that is a free spirit. One that doesn't follow the status quo or conform to what others tell them to do. A lot of people have lost respect for the individual who doesn't conform, this song is kind of like the anthem for them, for those "rolling stones". ; )

Where can we listen to it?
That song is on the upcoming album but has not yet been released! But I've decided to put a link to The Heart Decides as an exclusive for the readers of this site to listen to it.
EXCLUSIVE - "The Heart Decides" - It is a private link that will only be up for a limited time, so listen while you can!
The debut single, however, "Kiss My Ass" is available on iTunes and soundcloud, and various other country music blogs/sites.

Anything else you’d like to say about your music that I forgot to ask?
What's most important to me, is that you hear it.
The only reason I make music, much like the artist who paints, is for others to see and hear what I'm trying to say. So torrent it, rip it, buy it, donate to it, stream it, whatever!  I just want you to listen, if you like it, don't forget me, because I'd love to see you live, as I truly love to connect with my fans and share our experiences together more than anything else.