No One Sun Q&A 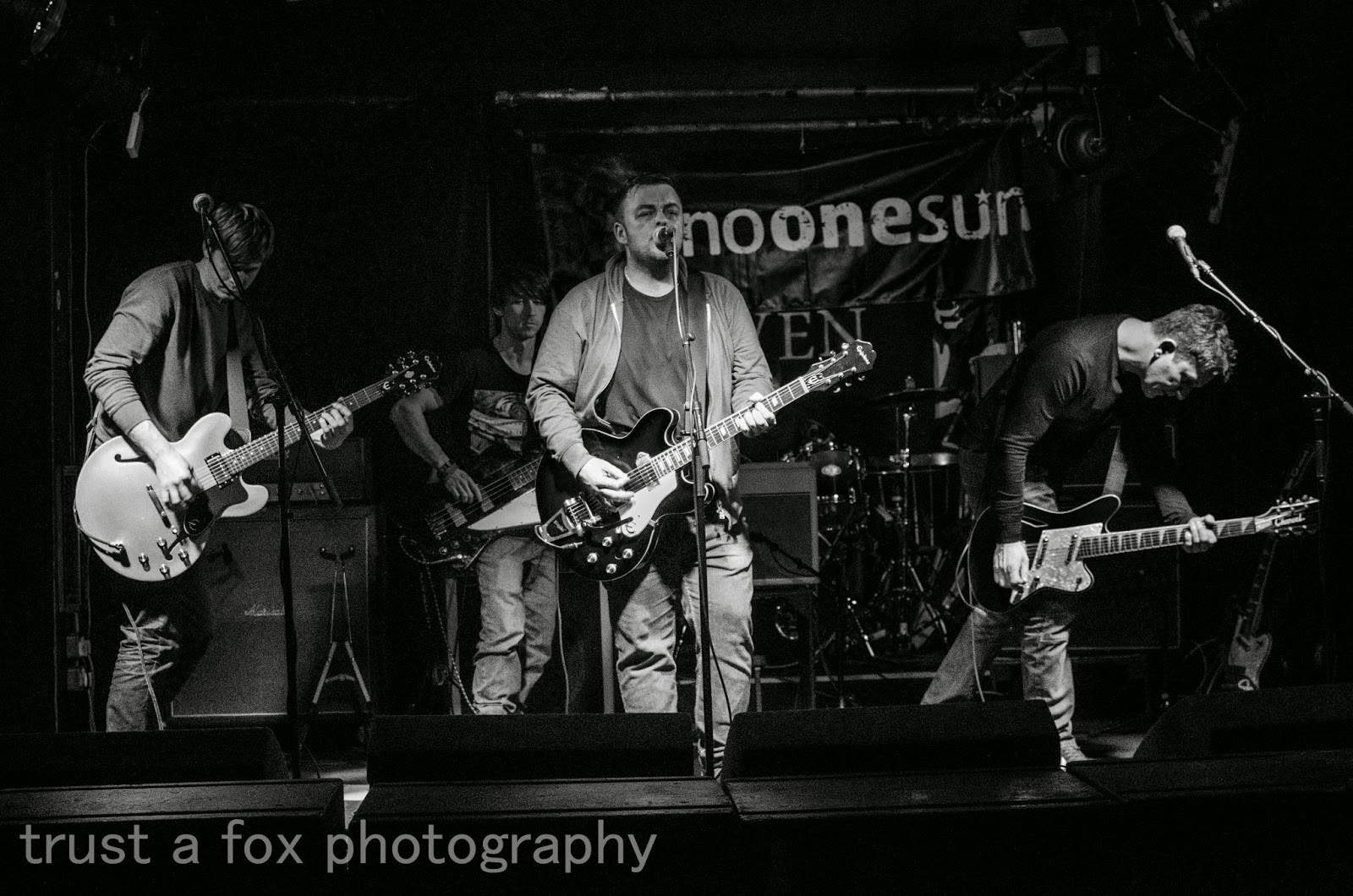 Your name:
No One Sun.

Where are you from?
Various bits of the North West UK.


How would you describe yourselves?
Indie pop rock.


What do you hope to achieve in music?
Just to keep creating, releasing and developing our music and taking it live. To do this for a living would be a dream, but whatever happens we’re having a blast.

What has been the highlight of your career so far, and why?
Mike Stock hearing one of songs (Home) through Twitter and dropping us a line saying ‘That’s good. Let’s chat.'


And what’s the moment you want to forget?
None. It’s been a blast and just keeps getting better although Nick's brand new Gibson 335 falling off mid set during a gig was something he’d rather forget :)


If you had to pick just one of your songs to represent your music, what would it be and why?
You’ve Changed Your Mind Again, it drives and has had a great response. It was the first track we did a video for and got us out first review.

Where can we listen to it?
http://www.youtube.com/watch?v=HodAxanqIyo

Anything else you’d like to say about your band/music that I forgot to ask?
We’re always looking for gigs/opportunities to play or get played so please get in touch.
Posted by RealSoundsOK at 10:00

Email ThisBlogThis!Share to TwitterShare to FacebookShare to Pinterest
Labels: England, Follow Me, indie, No One Sun, pop rock, UK