A FRESH barrage of acts have been announced for Download Festival 2018 with Marilyn Manson, Bullet For My Valentine and Parkway Drive among them.

Matt Tuck from Bullet says the band a delighted to be returning to Donington Park after a five-year break. He added: “We’re more than ready to get back on that legendary stage and do what we do best.”

Other acts in the new swathe include Rise Against, Babymetal, Alexisonfire, Black Veil Brides, Asking Alexandria, Neck Deep, Meshuggah, In This Moment, The Hives and Body Count with Ice T.

Mayday Parade, Dream State, Wstr and The Pink Slips make up the announcement.

Ben Bruce of Asking Alexandria said: “Download Festival is hands down one of the most exciting festivals in the world to play and so we have decided to bring our biggest show to date with us.”

And if that doesn’t sound exciting, I’ll remind you that the headliners for that weekend in June are Guns N’ Roses, Avenged Sevenfold and Ozzy Osbourne.

Tickets are on sale already and for more information visit downloadfestival.co.uk

Posted by RealSoundsOK at 10:41 No comments: 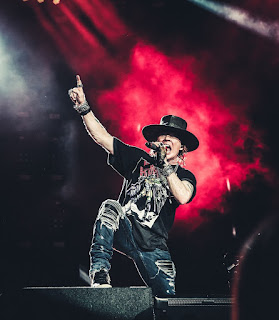 SHUT the front door! Guns N’ Roses have been announced as the Saturday night headliners for Download 2018 with Avenged Sevenfold and Ozzy Osbourne also named as bill-toppers.

With Slash and Duff McKagan rejoining Axl Rose in the band, Guns have been tearing up the place on tour over the past few months.

Download booker Andy Copping has joined the rest of the festival’s regulars in being filled with excitement at the prospect of seeing the band at Donington next summer.

He said: “I am sure I am not alone when I say I have been wanting this to happen for years.

"It will be an incredible show and will be one of the highlights of the Download weekend.”

Ozzy Osbourne had previously been revealed as the Sunday headliner in what will be his first solo performance at Download in what could be his final UK festival appearance. 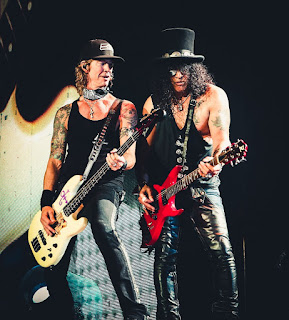 Copping says: “The Download family are without a shadow of a doubt, in for a treat.”
And the third headliner will be Avenged Sevenfold, who are fast becoming one of the biggest metal bands in the world.

That man Copping counts putting them top of the bill a few years back as a career highlight and the band themselves are delighted to be coming back.

They said: “We are more than honoured to be a part of this legendary show and line up.  Being asked to headline Download for the second time is a career highlight.  We would like to thank our UK A7X family”

Posted by RealSoundsOK at 14:00 No comments: