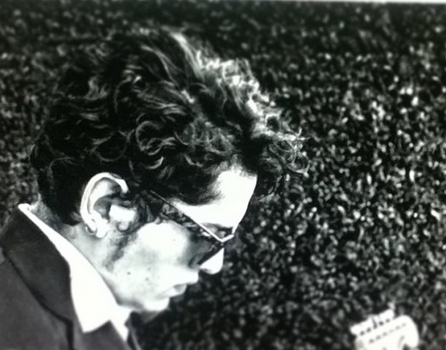 Where are you from?
Los Angeles, California.

How would you describe yourself?
A psychedelic rock project with garage and post punk overtones.

Who are your main influences musically?
The Strokes and The Beatles.

What do you hope to achieve in music?
I hope to complete a vast, quality discography that can transcend my lifetime.

What has been the highlight of your career so far, and why?
Self-releasing two albums was very gratifying because I've been wanting to release something since I first started playing music over a decade ago.

And what’s the moment you want to forget?
There are many moments I'd like to forget all of them dealing with feeling like I'm wasting my time by investing it music.

If you had to pick just one of your songs to represent your music, what would it be and why?
"Song Of Myself", although not on any of my albums, I think justly summarizes most of my music. The title and concept are inspired by Walt Whitman, and although its in a more traditional format than the rest of my music, I do believe the lyrics deal with themes that I continue to touch on inadvertently.

Where can we listen to it?
heavns.bandcamp.com


Where can we find out more about your music?
@hhevns and heavns.tumblr.com

Anything else you’d like to say about your band?
All of my music is free. I've had the pleasure of releasing a single through Sonic Playground records (available for free download on their website). I never thought I'd play any of these songs in person, the first live performance of these songs was on February 13 as part of the Unraveled Music festival in Los Angeles, California. I write and record all the music myself from my home studio and I am very thankful for all those who can hear past any lack of production aesthetics to appreciate the songs that lie underneath.
Posted by RealSoundsOK at 12:00