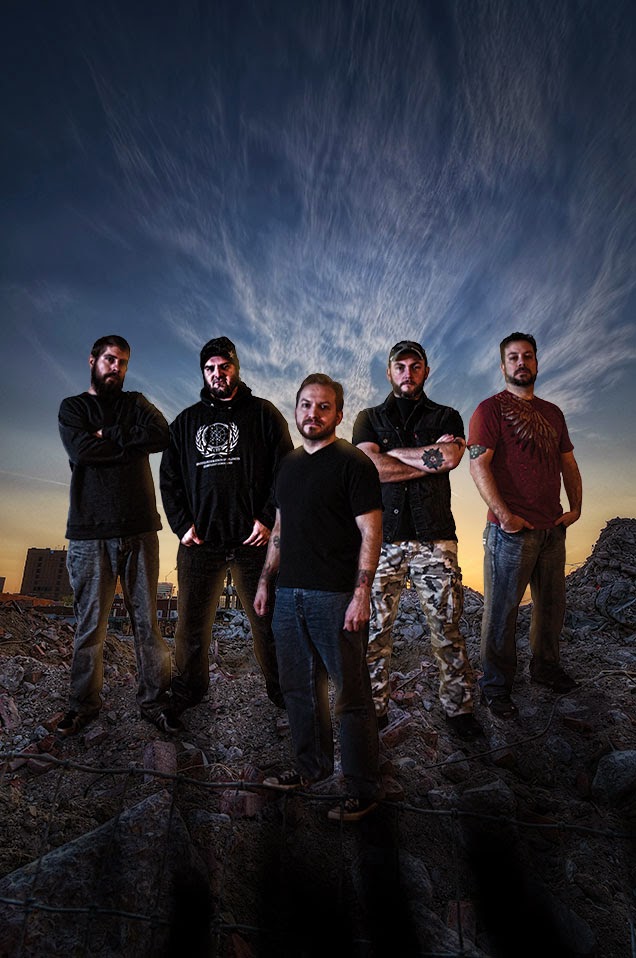 Where are you from?
Pittsburgh, PA.

Who else is in your band?
Well, there’s me as the lead singer, Paul Terry and Dean Toughlain on guitars, Bob Beveridge on bass, and Slick on drums.

How would you describe yourselves? We’re a blue-collar, hard rock band. We enjoy writing music that we want to hear on the radio.

Who are your main influences musically?Boy, for me the 90s grunge rock scene was definitely music that I grew up and I think has helped to give me my voice (no pun intended) with the band.

What do you hope to achieve in music?
I just want the band to continue creating music that we enjoy. We’re working on tracks for our sophomore album and I’m looking forward to that.

What has been the highlight of your career so far, and why?
I have to say that opening for Fuel was a big highlight for me. We’ve had a chance to open for a number of big name acts that we all enjoy – Static-X, Soulfly, Jimmie’s Chick Shack, Soul Asylum – and they’ve all been awesome people.

And what’s the moment you want to forget?
HA! I really don’t have one. I’m sure it will come eventually but so far, so good.

If you had to pick just one of your songs to represent your music, what would it be and why?
I’d have to say Requiem. The song has been a sort of linchpin for the band and really fun to play.

Where can we listen to it?
Our entire album is available on iTunes, Amazon, Spotify, and pretty much anywhere a person gets their music, just look-up “Long Time Divided.” To hear Requiem, go to our ReverbNation page (reverbnation.com/longtimedivided).


Promote your mixtape at ReverbNation.com