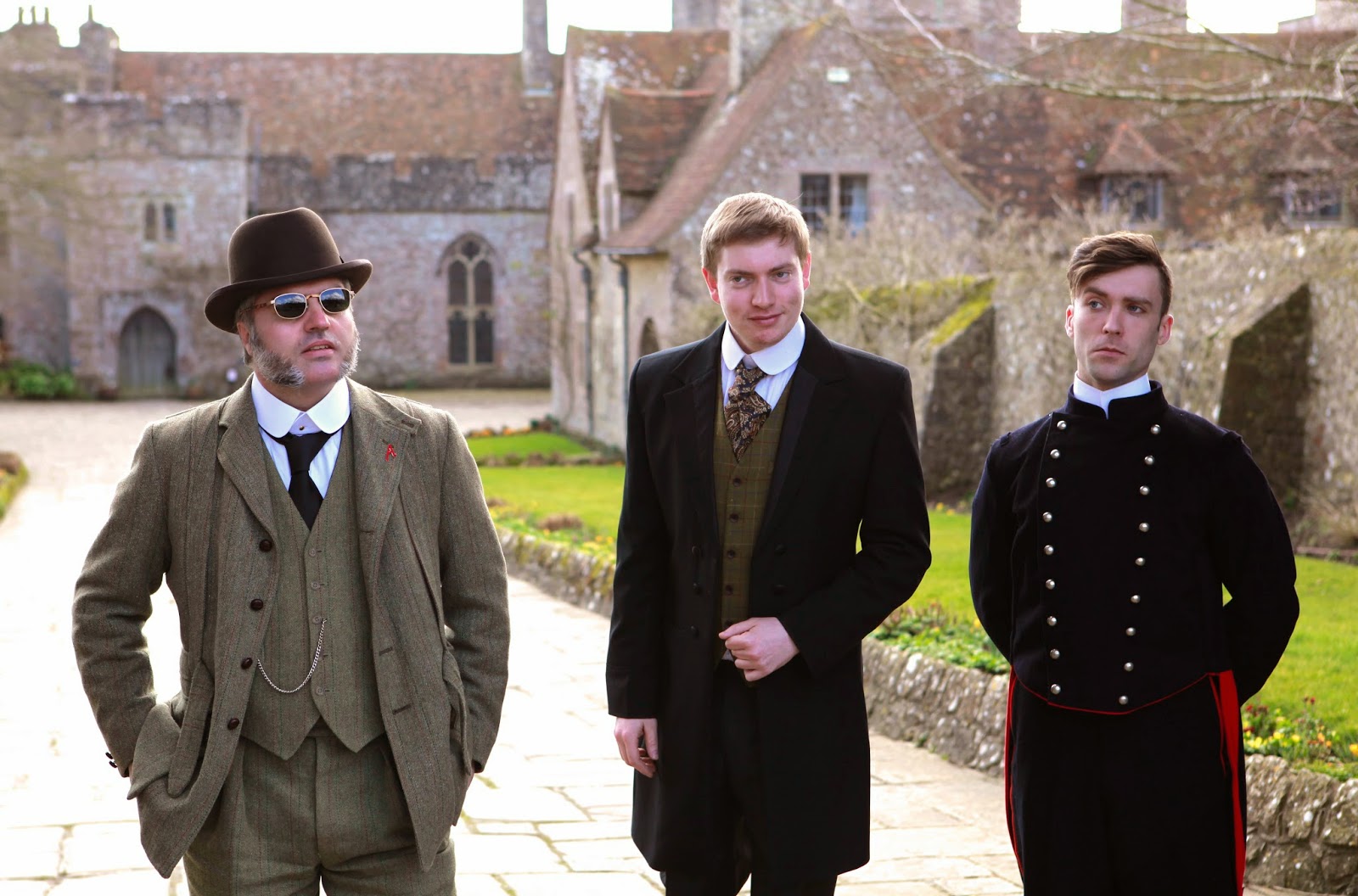 Who else is in your band?
Our personnel is as follows: Ian Patrick Harris on lead vocals and banjo, Christopher Bearman on sousaphone, Hanno Rigger on trumpet and myself, Marc Hepburn on drums, accordion and organ.

How would you describe yourselves and your music?
Since being transported to the current era under mysterious circumstances several years ago, we have been earning a living playing the popular music of today, but in the manner to which we have previously been accustomed. This has resulted in a curious blend of old and new which we feel could only be best described as Steampop.

Who are your main influences musically?
Coming from an inexorably classical background, some of our sound is due in no small part to the music of Beethoven, Handel and other such contemporaries. However, we also very much enjoy the music of this age and cite influences such as the Beatles, Electric Light Orchestra, The Kinks and Tom Waits.

What do you hope to achieve in music?
We only hope that our unusual sound is understood, accepted and enjoyed by as many people as possible. Having said that, we do have aspirations of performing in far off lands such as Japan and the USA.

What has been the highlight of your career so far, and why?
One particularly vivid memory of mine is the moment at a local wedding when the two elderly mothers of the bride and groom stormed the stage to display their impressive twerking capabilities. The Armed Forces also know how to throw a good knees-up and their balls are always memorable.

And what’s the moment you want to forget?
Don't ever go to Camber Sands.

If you had to pick just one of your songs to represent your music, what would it be and why?
Possibly the most significant piece of ours is Costermonger, as the lyrics tell the story of a lowly Victorian street busker struggling to make ends meet. This is, I suppose, semi-autobiographical to our situation before the Incident. We continued our street-based performances here too but to a somewhat more favourable reception. I can only presume people think it's all just a charade...

Where can we listen to it?
Video here: https://www.youtube.com/watch?v=5d5yEn7wlFk
Rest of the album here: http://theironbootscrapers.bandcamp.com/