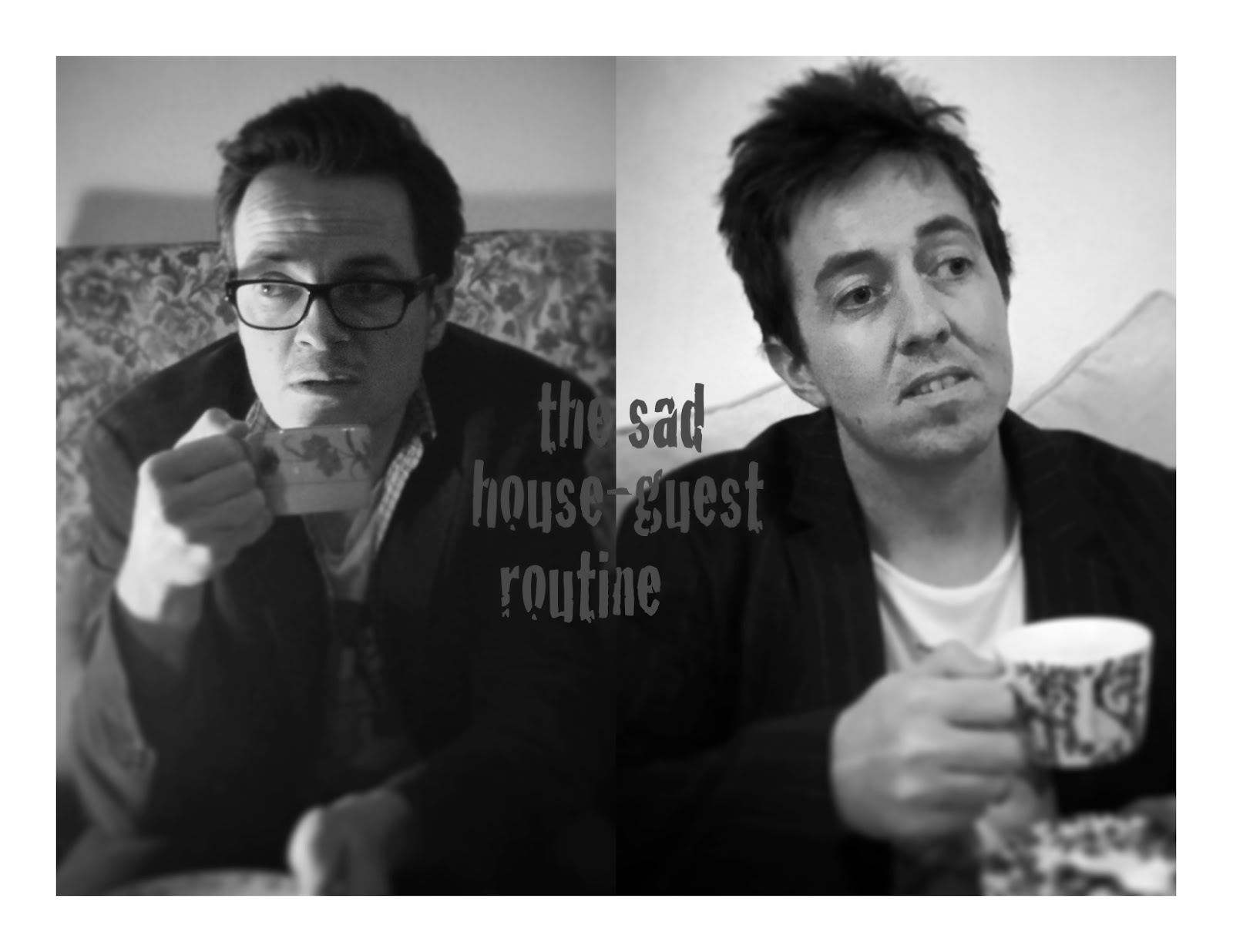 Where are you from?
Camberley in Surrey originally, but now Andy lives in Wiltshire and John lives in Hong Kong.

Who else is in your band?
The band is Andy Duncan, John Edwards and James Macdonald. We all play various instruments so the duties change from song to song.

How would you describe yourselves and your music?
Andy: The best description I can think of is psychedelic-folk, though sometimes without the psychedelia and sometimes without the folk. We love harmonies – in fact, we’re almost unhealthily obsessed with them, we like swirly guitars and we like bubbling bass. But we also like banjos, ukuleles and flutes (but none of us can play the flute).

Who are your main influences musically?
Andy: Definitely for me, Syd Barrett is a massive influence. He fascinates me and some of his songs are just perfect. I’d love to know what he could have gone on to achieve. Apart from him, I have the inevitable Beatles ardour, and I love Elephant 6 bands such as Neutral Milk Hotel and Circulatory System. The North Sea Radio Orchestra and Joanna Newsom are also people I listen to a lot, and I have discovered that I love the bleakness and big skies of gothic Americana – The Handsome Family have been a recent, wonderful discovery, thanks, I must admit, to True Detective. And I love some Neil Young, but only when he is sad. When Neil Young is sad, I am happy. It is a cruel state of affairs that would probably mean we could never be friends. Oh, and finally, Little Bear by Guillemots is quite possibly the most beautifully brutal song I have ever heard.

John: My favourite bands include the old greats like Bob Dylan and Led Zeppelin and a few well known indie bands like My Bloody Valentine. At the moment I am a big fan of Sharon Van Etten, Conor Oberst and Father John Misty. There’s a slice of American folk right there.

What do you hope to achieve in music?
Andy: I would love to be able to make music full-time. I am lucky that I happen to be in a band with two of my best friends, so if we could spend our working lives getting together, having a laugh and making music, I couldn’t think of anything better. To be able to sell a few albums, have songs in films and play a few festivals would be magic. We could tour the country in a campervan together, play festivals, and solve mysteries.

John: Getting positive comments on our songs on Soundcloud is always a delight. Follow us! And maybe we will follow you too.

What has been the highlight of your career so far, and why?
Andy: I played a festival a couple of years ago. A smallish one on a farm in Wiltshire, but a festival nonetheless. It was summer, it was a glorious day and we were playing outside. The sun was setting as we played our last song, the crowd were up against the stage in a state of high excitement and for a few glorious moments I indulged in the idea of being a Rock God. (Then I drove home in my Seat Ibiza and had a cup of tea.) More recently, a New York record label has asked to use some of the Sad House-Guest Routine’s songs on forthcoming compilations, which is pretty exciting.

John: The writing and recording that we’ve done together over many summers has been great fun. Nothing beats the delight of listening back to a piece of music that you have made, and then sinking some celebratory Carling beers.

And what’s the moment you want to forget?
Andy: For me, it was the gig that immediately followed the festival highpoint. We played a club in Swindon where the band outnumbered the audience. The experience was compounded by my bass guitar breaking just before we went on, and I had to conduct a hasty repair by jamming a couple of chopsticks into the f-hole (if you’ll excuse the expression).

If you had to pick just one of your songs to represent your music, what would it be and why?
Andy: I think there are, broadly speaking, two sides to our music. One is the swirly psychedelia of Dead Section, which is steeped in echo and harmonies. And then there is the folky acoustic side too, of which John’s song, Sisyphus, is a brilliant example.

Where can we listen to it?
http://soundcloud.com/sad-house-guest-routine/dead-section