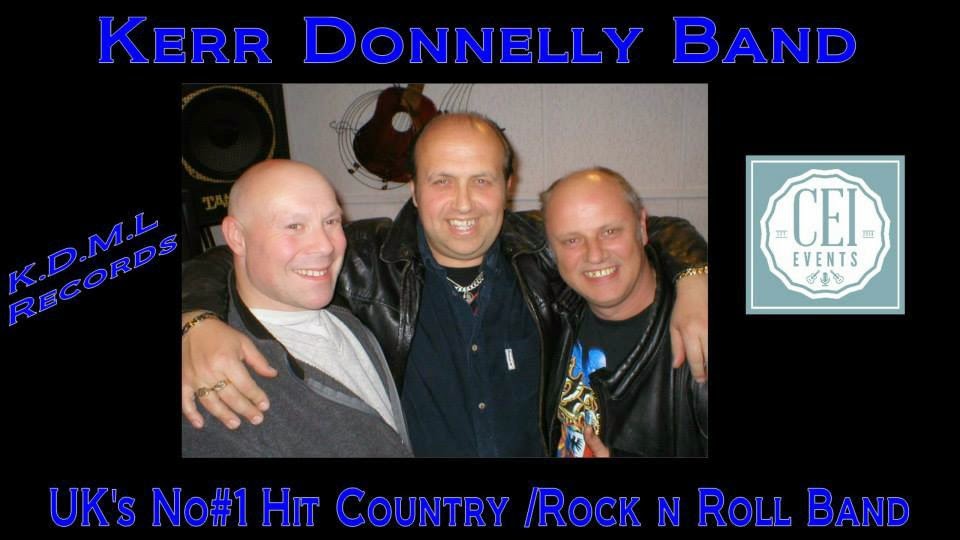 Where are you from?
Originally from Scotland.

Who else is in your band?
Marty Holland on lead guitar and Andy Purcell on drums.

How would you describe yourselves?
UK's No#1 original country/rock n roll songwriting band. 100% original.

What do you hope to achieve in music?
We have reached our 28th Year in 2015 and hope to reach our 30th annniversary in 2017. Also we are in the process of Releasing our 24th Album "Kerr Donnelly Band No#1's Volume One " in the spring/summer.

What has been the highlight of your career so far, and why?
Our 48 No#1s on various download charts and having our songs on DUST (2001) MOVIE Soundtrack (UK), Lucky Chance TNT TV Series USA Soundtrack and Hollywood movie JUNKIE (2014) Soundtrack. Reaching 28th year  and joining CEI Events Management Agency with Charlotte Board and releasing our 24th album of original songs.

And what’s the moment you want to forget?
Can't Remember forgot it.

If you had to pick just one of your songs to represent your music, what would it be and why?
Alone At Night. True country song which I know touches the listener.

Anything else you’d like to say about your band/music that I forgot to ask?
Just come along to a great night of original country and rock n roll music and believe in originality.
Posted by RealSoundsOK at 21:45