Lost In A Name Q&A 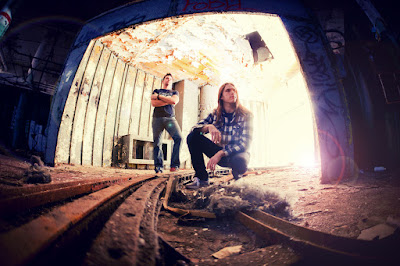 Where are you from?
Milwaukee, WI.

Name of band:
Lost In A Name.

Who else is in your band?
Geoff Slater.

How would you describe yourselves and your music?
We call our music "progressive pop metal". We like touring, beer, cheese, and your mom. Have her call me, its been a while.

Who are your main influences musically?
Sevendust, Story Of The Year, Periphery, Animals As Leaders, A Day To Remember, The Foo Fighers, Katy Perry, Steak tacos from Los, Comales in Milwaukee, steak tacos from Mexico City, MKE Brewery beers, WI sharp cheddar cheese, your mother's screaming voice (yeah I have that recorded and draw much inspiration from said recording).

What do you hope to achieve in music?
To make a sustainable living doing nothing but writing music and touring the world! Having enough money to take your mom out for a nice surf and turf dinner.

What has been the highlight of your career so far, and why?
Hmm... tough to say. I would say playing a packed show in Nashville, TN to an amazing crowd is one highlight. Getting a couple songs placed on Network TV has to be another. Also, my mom really likes the band, so there's that, but even more impressive, your mom likes the band. She told me last night... you know... after...

And what’s the moment you want to forget?
Sleeping in the van on tour in below zero temperatures was pretty rough, but I honestly don't want to forget that. That built character, and we pissed in old gatorade bottles and threw them at each other, so that was pretty fun. ahhh memories....

If you had to pick just one of your songs to represent your music, what would it be and why?
I suppose our song 'Yesterday'. I think it encompasses most of our influences and forms a sort of heavy, technically progressive, yet catchy, anthemic mixture of sticky ear goo.

Where can we listen to it?
https://soundcloud.com/lostinaname/yesterday

Anything else you’d like to say about your music that I forgot to ask?
You can download all of our music for free if you'd like at http://www.lostinaname.com/freemusicEnjoy! (also, tell your mom I said hi).