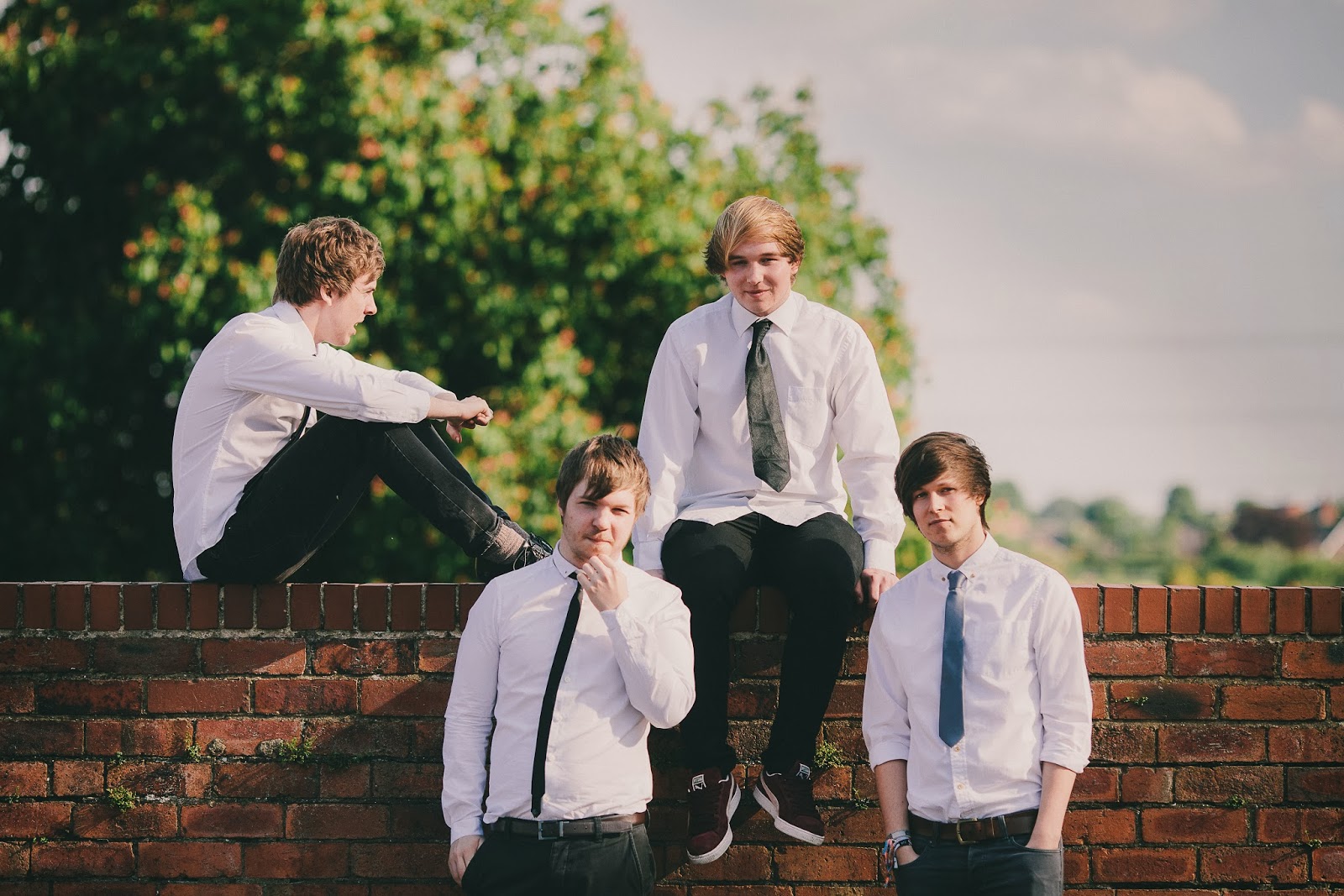 Your name:
Joe Wood, guitarist & vocalist  and student and the BA (Hons) Popular Music Performance degree at the Royal Northern College of Music.

Where are you from?:
I’m from a Village called Royston which is part of Barnsley Metropolitan District. Barnsley resides about 15 miles north of Sheffield in South Yorkshire. Not the most interesting of places is Barnsley, but it’s my home.

Who else is in your band?
Luke Balmer (guitar & backing vox), Luke Jones (bass) and Luke Washington (drums).

How would you describe yourselves?
We are a group of four close friends that have a passion for music and a drive to succeed. We love to create a sense of energy with our music and work tirelessly to be the best live band we could ever possibly be. We are serious about getting our name out there but don’t get me wrong, we don’t take ourselves too seriously at times and we love nothing more than having a good laugh with our extended group of friends at live shows and other get-togethers.
We really care about what our fans think about us and our music (a quality that appears to be dwindling amongst some other bands) and always try to do our utmost to keep in touch with everyone who sees us at our shows, messages us or tweets us. We are real people, no egos, fronts or unrealistic aspirations; just four lads from Barnsley that really want to be in a good band!

Who are your main influences musically?
To speak for myself, my all-time favourite bands are The Beatles, Foo Fighters, Oasis, Coldplay, The Arctic Monkeys and Nirvana. I’d even add bands like Green Day and Jimmy Eat World to this list. Recently I’ve really got into bands like Don Broco and The 1975.
The rest of the lads will agree with me here when I say we generally share the same musical tastes although unlike me the rest of the lads have a bigger passion than I have for heavier music.

What do you hope to achieve in music?
Well having studied music academically for years now and working with many bands in the underground circuit I know that having dreams usually makes you look silly. Even on my degree course at the Royal Northern College of Music in Manchester I see students shy away from sharing their hopes and dreams, fearing that they’ll never live up to them as if that's something to be massively ashamed of. I say sod that attitude!
I want to be headlining the mainstage of Leeds and Reading Festival as soon as I can! Do I realise my dreams will most likely never even come close to being true? Of course I do! No-one decides to be a musician without having a dream. I probably know more than most about the challenges that face modern musicians, but nothing will stop me dreaming big!

What has been the highlight of your career so far, and why?
Playing at the O2 with my old band was a treat, releasing an EP is always great and getting into the RNCM was just the best feeling. I can’t help but feel that the best is yet to come for me… I hope so anyway!

And what’s the moment you want to forget?
Back in my “metal days” I was once in a band call To Wage The War. I was 14, incredibly short and pretty chubby, my hair was a complete joke and I’d not had a brace yet so I looked awful… We were playing at one of the legendary BMX nights at The Archers in Barnsley, I think the line-up included AndWhiteStars, which used to feature Kristan Dawson, now member of Bury Tomorrow, and Revenance who we’re a legendary metal band back in the day… and I’m pretty sure Lawrence Taylor (now in While She Sleeps) was the vocalist Revenace back then, someone better correct me if I’m wrong.
Anyway, we opened the show and everything was great up until a string snapped on the guitar that my brother was playing. It knocked the tuning right out (damn Floyd Rose bridges) and we had no replacements. Not a spare guitar or anything. We had to stop two-and-a-half songs in. People booed. It was pretty awful!

If you had to pick just one of your songs to represent your music, what would it be and why?
That’s a toughie! I’d have to say Hold On represents Redlights better on the whole BUT as you asked me, I would say that Blinded by Streetlights represents much more. It’s gives raw insight into how I write songs, how I like a sense of explosive energy in my music. The lyrics are also a reflection on myself and my hopes and dreams.

Where can we find out more about your music?
Facebook is our home, we link everything we do back to there so make sure you give us a like! https://www.facebook.com/TheRedLightsUK
You can find us at all of these websites too,
YouTube: http://www.youtube.com/user/UKRedlights
Twitter: https://twitter.com/realRedlights
Tumblr: http://redlightsuk.tumblr.com/
SoundCloud: https://soundcloud.com/redlightsuk
Our EP is available on iTunes and Spotify to be streamed/purchased BUT it’s actually available for free now via Soundcloud!

Anything else you’d like to say about your band/music that I forgot to ask?
I’d just like to say for those that read this, thanks a bunch! And thanks for asking us these great questions. We’ve come out of hiatus now that we’re settled into university and ready to get back out there! We’ve got some seriously awesome stuff happening RIGHT NOW that we can’t wait to share with you. We’re looking forward to hitting up towns and cities up and down the country and meeting fantastic new people along the way, make sure that you are one of those people we get to meet!