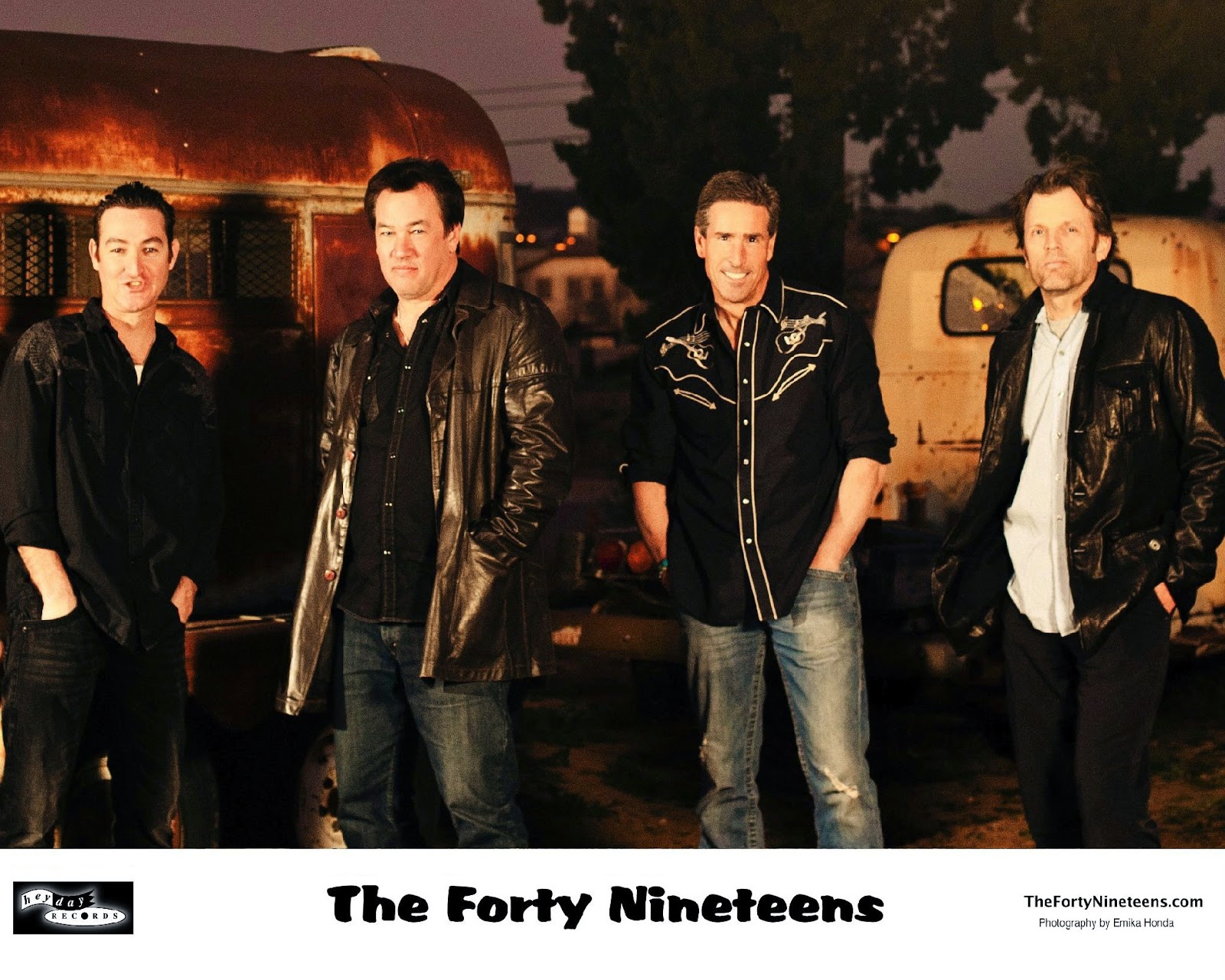 Band name:
The Forty Nineteens, it is Calif legal code for Good Behavior Credit, our saying is Everyone deserves time off for good behavior.

Where are you from?
The band is from Temecula, California. We are inland and between LA and San Diego. It is an area with many wineries. John grew up in Detroit, I'm from Pittsburgh, Chuck Hemet Calif and Chris is from New Hampshire.

How would you describe yourselves?
We've been told that we have a modern take on the 80's garage/pop scene. I guess we somehow manage to take all the influences and give it a modern twist. We've never stopped listening to new music, so maybe that helps us.

Who are your main influences musically?
John likes The Romantics, Beatles, Graham Parker and the Rumour, Chuck likes Social Distortion, Chris likes Allman Bros influences, and I like The Who, and garage rock.

What do you hope to achieve in music?
We achieve it every day, that is, just being able to play is a big achievement in its own right. We don't set unrealistic goals, we just make sure we continue writing a creating.

What has been the highlight of your career so far, and why?
May I break it down into recording and live?  The most important thing recording wise, is having David Newton from The Mighty Lemon Drops as our producer. He makes recording fun, and makes you want to get in there and not be afraid to try anything. That is rare!!  And for live: John and I go way back, playing with a lot of cool bands, but the biggest highlight for us was recently playing with The Fleshtones at Pappy and Harriet's. They are an incredible band, Legends!!, one of the last  active bands from CBGB's. Jumping on the tables, balancing on chairs while playing guitar solos. They do it all!! We provided the backline for them, so the even helped us load our gear. Awesome!

And what’s the moment you want to forget?
That one night in Anytown USA on tour, Let's just say...stay away from inexpensive whiskey, and tilt-a-whirls, cos you'll lose every time. Seriously though, we've never taken ourselves serious enough to have a moment to forget.

If you had to pick just one of your songs to represent your music, what would it be and why?
Pink '55 Bel Air. It's just a stomper of a song. Distorted bass, farfisa, two guitar solos, surf beat, and garage rock vocals.

Anything else you’d like to say about your band/music that I forgot to ask?
We'd like to remind everyone to support their local music scene. It depends on and needs you.