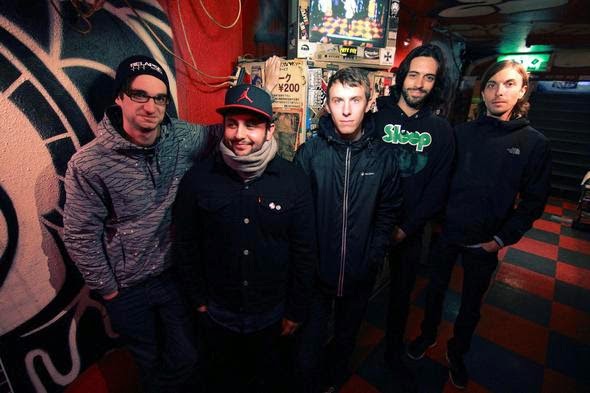 POP punk band Man Overboard have postponed their planned tour of the UK and Europe until next year due to a serious knee injury to co-vocalist Nik Bruzzese.

He has had surgery on a torn anterior cruciate ligament and his rehabilitation is due to take several months.

The band had been due to play dates from November 1st in Belgium, the Netherlands, Germany, Poland, Austria, Italy, Switzerland and France before coming to the UK and Ireland.

The tour, which also features Hostage Calm and Roam, will now begin on April 11th 2015.


The band told RealSoundsOK: "It is with a heavy heart that we are forced to postpone our tour. Nik tore his ACL and had to get surgery. His doctor made it clear to us that putting off the surgery could put Nik and his ACL in worse condition which will lead to an even longer recovery time.

"The good news is his surgery went well and he is now recovering at home. We are extremely sorry to disappoint anyone but taking care of this now will pave the way for an amazing and busy 2015. We love you and thank you for your everlasting support in our lives. See you April, complete details are on the way."
Previously purchased tickets will be transferable to the new dates. New tickets are on sale now.
Posted by RealSoundsOK at 22:56