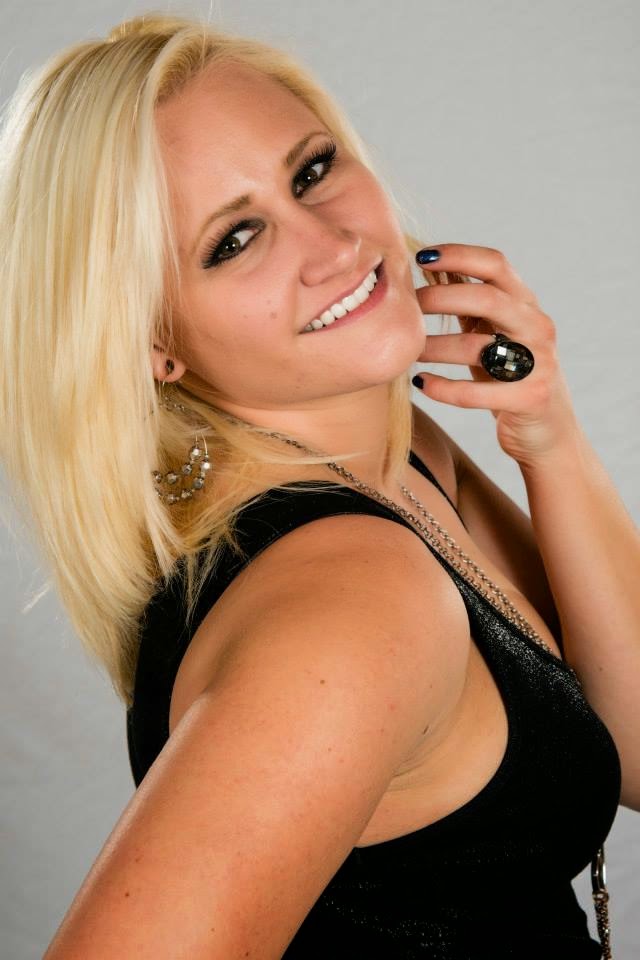 Where are you from?
Denver, Colorado.

Who else is in your band?
I fly solo, son! I work with different producers for the background music though. Sex and Love was produced by Jesse O'Brien from Colorado Sound Studios. Presently I am working with Bob Matros of Hooker Street Studios.

How would you describe yourselves?
I am a geek, like the kind that LARPs and cosplays and makes my outfits light up like Tron and hosts a weekly radio show with my friends. I am also incredibly bubbly, highly motivated and, I would like to think, innovative with my music and overall image. I have always been very involved in music and I have gone from a music business intern in Los Angeles to singing in an indie band, to singing in a country wannabe band, to singing with a post-punk band, finally landing me where I am now - solo and making pop music! Aww yeah.

Who are your main influences musically?
I have been pulling influences from everywhere! I am listening to old school rap from all over the place, different countries and parts of America. I pull influence from classic rock and punk and modern pop and rock and dub step. I often turn to the music and styles of... well, musicals and the occasional movie, like Tron. I even occasionally tap into my country side, but shh no one needs to know about that.

What do you hope to achieve in music?
I hope to move mountains with my music. I want to be real and raw but still catchy and digestible. I want people to listen to my music and have a better day then they were having before they listened. I want to show my deepest parts of myself to everyone so that other people might feel like they are not so alone in life. And, of course, I want to have a fucking blast doing it.

What has been the highlight of your career so far, and why?
So far, I would say my proudest moments have come when people listen to my single Sex and Love. I love getting to hear their surprise and reactions after they hear it for the first time. It has been absolutely so well received by so many people that it really fills my heart to know I am doing something that is landing so well.

And what’s the moment you want to forget?
The sleazy Twitter followers. Also, part of me wants to forget about every time I have been rejected by radio stations, managers, labels and every day that I come home to find another press kit that has been returned to me. But, when all is said and done, these are some of the moments that I hold closest to my heart. How else can we learn if we don't fall down, right? I actually framed the rejection letter from Disney. They were very cordial.

If you had to pick just one of your songs to represent your music, what would it be and why?
At this point it would absolutely be Sex and Love. It is the highest quality and the one I worked hardest on; however, I am working with my producer to write a new album that is going to be completely different and might possibly change everything about my sound - not the quality, but the sound. Exciting stuff!

Where can we listen to it?
Check it out through my website at http://www.phee.co/. You will also be able to find my music video there in a couple of months. It is additionally available for purchase through ITunes, CD Baby and basically every virtual outlet that sells music. Some internet radio stations have it in rotation as well - like in Germany. Who knew, right?

Anything else you’d like to say that I forgot to ask?
Thanks so much for taking the time to read about me, everyone! I would love it if anyone interested would make sure to check out my video coming soon as I am hard at work with it. If anyone would also like to help me fund my upcoming album, I would be so humbled by the assistance. There is a Paypal button for donations on my website. Any additional funds raised for that will go toward the production of my upcoming reality show that I am making. Otherwise, really thank you so much for listening and checking out my work. I can be contacted through my email address: metphee@gmail.com. I always love to hear from people and network and make connections. Have a beautiful day!
Posted by RealSoundsOK at 10:00