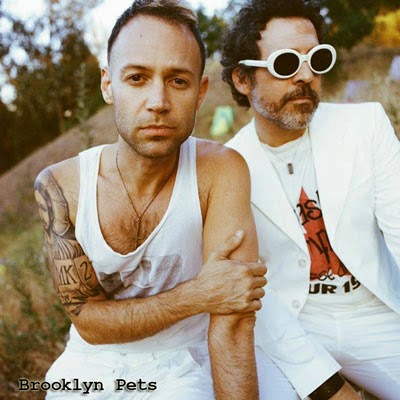 Who is in your band?
James Poulos - Vocals + Guitars / Mark Reback - Drums
How would you describe yourselves and your music?
We've always been infatuated with space rock and shoegaze. Eventually we realized we wanted to play both kinds of music at once, which would make it spacegaze, so that's what we're calling it. At this point our ability to play off each other is pretty primal, so right now we like traversing between tight, hooky songs and strung-out ear voyages.

Who are your main influences musically?
The shoegaze tends toward the British side of things, from MBV to the "older" Verve stuff, and the space rock toward American bands like Failure, Hum, and Secret Machines. But also Smashing Pumpkins, Cloud Nothings, History of Apple Pie...

What do you hope to achieve in music?
The "industry" is now so bizarre that it's freeing and your own authenticity is really something you can choose to take or leave. It's like how, increasingly, the description of an "indie" band is one you hear first on a commercial. We're very excited about releasing a periodic stream of music freed from the typical LP format. That seems to be a good inoculation against feeling like a fake when you hear one of your songs behind a cell phone commercial or whatever.

What has been the highlight of your career so far, and why?
Creating and recording our EP at the legendary Coast Recorders in SF with producer/engineer extraordinaire Andy Freeman. It was a blissful experience where we were actually able to create the noises we heard in our heads exactly.

And what’s the moment you want to forget?
Not noticing the lead vocal microphone had inadvertently been turned off until after we finished the first song at our EP release show... D'oh!

If you had to pick just one of your songs to represent your music, what would it be and why?
There is a song called "Electric Paws" on our current release, the MEGA IDIOT EP. It's just one facet or expression of the band, but it hits people over the head in what they attest is the most wonderful kind of way, surging triumphalism with a more complex, even melancholic undercurrent. There are no instruction manuals for writing a Glastonbury anthem kind of song, it just has to come out of nowhere, and Electric Paws did exactly that.


Where can we listen to it?
http://brooklynpets.bandcamp.com