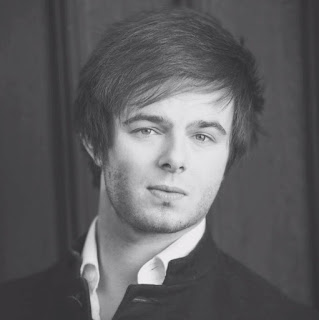 Where are you from?
I live in a Victorian seaside town in south-west England called Weston-super-Mare. It's about 20 miles from Bristol.
How would you describe yourself and your music?
I'm a solo artist. I would say my music is a mix between pop and rock pop. My main influence is the Goo Goo Dolls so sometimes you can hear a bit of them in my songs, I think.

Who are your main influences musically?
My Dad, who was in a band back in the day, has always been a big influence. And there's lots of different artists and bands I listen to such as Snow Patrol, Jimmy Eat World, Boys Like Girls, Bleu and loads more!

What do you hope to achieve in music?
My main goal is to be happy, and I'm happiest when I'm writing and performing. The longer I can do that, the longer I'll be happy! Obviously I would love to sell lots of albums and tour the world too haha!

What has been the highlight of your career so far, and why?
I think playing at the House Of Blues in Orlando. I saw Ed Sheeran, Parachute, Goo Goo Dolls and a few other artists play on the same stage so it was quite amazing for me to be on stage there.

And what’s the moment you want to forget?
I wouldn't want to forget anything at all :) what doesn't kill you makes you stronger haha

If you had to pick just one of your songs to represent your music, what would it be and why?
'Do You Love Me Yet?' And that is probably because I feel that song was a turning point for me in terms of an artist and a songwriter. I wrote it with an amazing producer, Maria Marcus in Sweden and it just made me so happy!

Anything else you’d like to say about your music that I forgot to ask?
I have a new single coming out at the end of January 2016 called 'Should I Stay?' which I wrote with my good friend, Casey Abrams. It was produced by one of my music heroes, Bleu, and has Joe Seiders (New Pornographers) playing on it. So please look out for it! :)
Posted by RealSoundsOK at 12:45