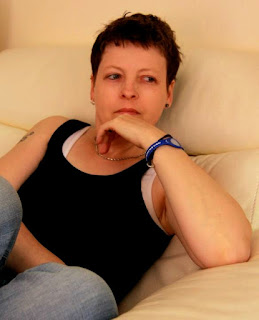 Where are you from?
London, UK.

Name of band:
I work under my name Niki Tyler.

How would you describe yourselves and your music?
I guess you could call my music mostly pop/ballad… but I am straying from that genre a little. I write mostly from experience which makes the songs easy to relate to and real. I'm told my songs make people cry, which makes me happy and sad all at the same time. Happy because they clearly get where I was coming from with the song - and music should reach out to the listener. And sad, because, well - the aim is not to upset people obviously. People who meet me say I come across as quite serious, maybe that serious side comes out in a lot of my songs, but really I’m not that scary – just the opposite really!

Who are your main influences musically?
I’d say I’m influenced by life. But I do admire and enjoy listening to artists like Adele, James Morrison, The Script and Ed Sheeran to name a few and also unsigned music. I do actually host a live radio show every week at EGH Radio so I’m privileged to have access to loads of amazing unsigned music and I really enjoy doing the show.

What do you hope to achieve in music?
I think ultimately it would be nice to reach a bigger audience with my music – I’d love to do a tour of the UK. I’m hoping to do a gig or two when I release my new E.P. later this year – so yeah, to do more live shows is definitely an aim for me.

What has been the highlight of your career so far, and why?
There's been a few occasions that I thought, wow, didn't think I’d ever achieve that. Releasing my album ‘All This Time’ was just amazing, I threw a big release party and we all had a great night. Being entrusted with my own live music radio show was also something I didn’t even dream of achieving. But I have to say it's the simple things that have meant just as much, like one time - when I just started out gigging and at one show I had an amazing reaction from the audience. I got pretty much mobbed.. even in the toilets! I wasn’t prepared for that haha.

And what’s the moment you want to forget?
A live performance when I wasn't at my best. Think we've all had those... but it does stay in your mind. All you can do is put it down to experience and think hey - this is live, stuff happens.

If you had to pick just one of your songs to represent your music, what would it be and why?
Just one? Now that’s tough. As my writing evolves it does seem to be moving in a slightly different direction so I guess we’ll go with that and I’ll say ‘Times Like These’ – the single I released last summer. You can read a review for the track right here: https://saltshake.wordpress.com/2015/06/26/niki-tyler/

Where can we listen to it?
Here is the official video for it - https://www.youtube.com/watch?v=9nm4o-PS2qI

Anything else you’d like to say about your music that I forgot to ask?
I don't think so, but I would like to say that reaching a wider audience is the hardest thing in this business so thank you for putting this out there.