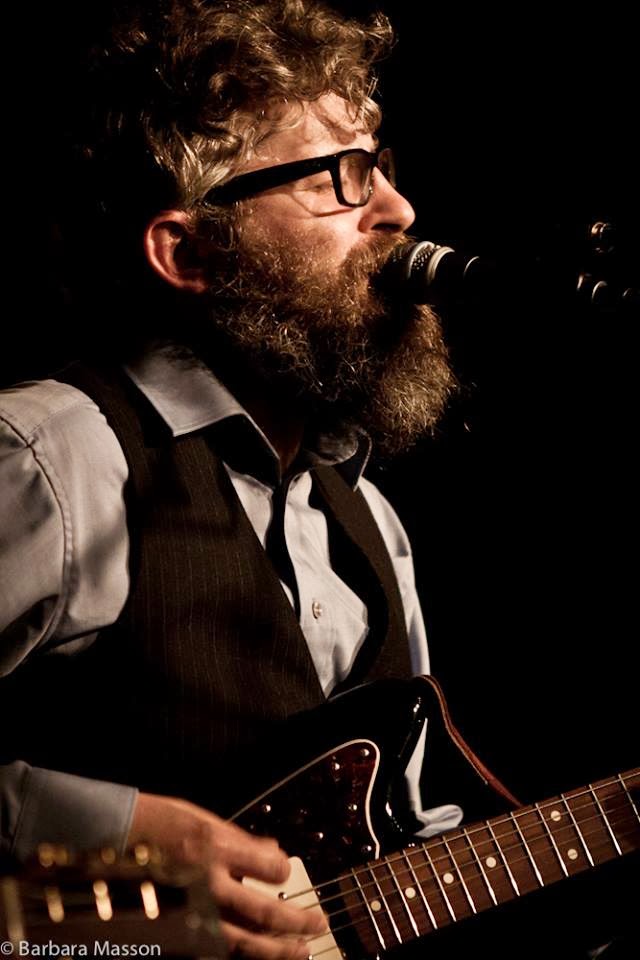 Where are you from?
Gent, Belgium.

Who else is in your band?
I’ve been playing with different musicians from the start. Often as a duo with a harmonica player. I’ve also done a lot of solo concerts. And sometimes it’s a powerful blues trio with a drummer and a bass player or even a seven-piece band with an organ player and three backing vocals… I always try to adjust the band to the situation and it’s a lot of fun to play the same music with different ensembles.

How would you describe yourselves?
A bearded, bluesy singer songwriter.

Who are your main influences musically?
The music I listen to most is a mix of blues and singer songwriters: The Black Keys, R.L. Burnside, Asie Payton, Junior Kimbrough, Jon Spencer, The Tallest Man on Earth, Bob Dylan, … And there are some things that I discovered when I started listening to music many years ago and that stayed with me until this day like P.J. Harvey and The Pixies.

What do you hope to achieve in music?
I want to keep on playing my songs, travel all over Europe like I do, meet a lot of people. Make a new album. Hopefully make a trip to the US to tour one day. Basically keep enjoying being on the road and singing my songs. Maybe one day the venues will get bigger and I won’t have to organise everything myself, maybe a label will help me get ut a record and promote it. But I’m fine doing everything myself and having control over everything at the moment. A lot of work, but a lot of freedom to do what I like and want to do.

What has been the highlight of your career so far, and why?
Releasing the second album “Polaroids”, the release concerts for that album, a live session on the Belgian national radio were great moments. Travelling from Gent to Oslo and back, playing concerts every day was a briljant adventure. And one evening in Trier, Germany was just perfect… a fully packed bar with a super silent and very enthusiastic audience in a city where nobody knew me… café MoMo was simply perfect and I’m glad I’ll be back on may 3rd!

And what’s the moment you want to forget?
There sure are moments that are less enjoyable when you are on the road a lot, but it’s all part of it. No moment should be forgotten. You just learn what not to go for...

If you had to pick just one of your songs to represent your music, what would it be and why?
“Snowblind” is a song that people keep asking me to play. I’ve recorded it twice and I’ve played many versions of it live with many different musicians. It always seems to work and people always love it… We also made a videoclip for the song, that I’m very proud of.

Where can we listen to it?
http://www.youtube.com/watch?v=o4IsvNenn8c

Anything else you’d like to say about your band/music that I forgot to ask?
I’m really looking forward to my first roadtrip in the UK (Feb 7th till 16th) and I hope to meet some of the people who read this down the road.
I would also like to include a link to the crowdfunding campagne I started to fund the making of the new album that will be released on Nov 19th: