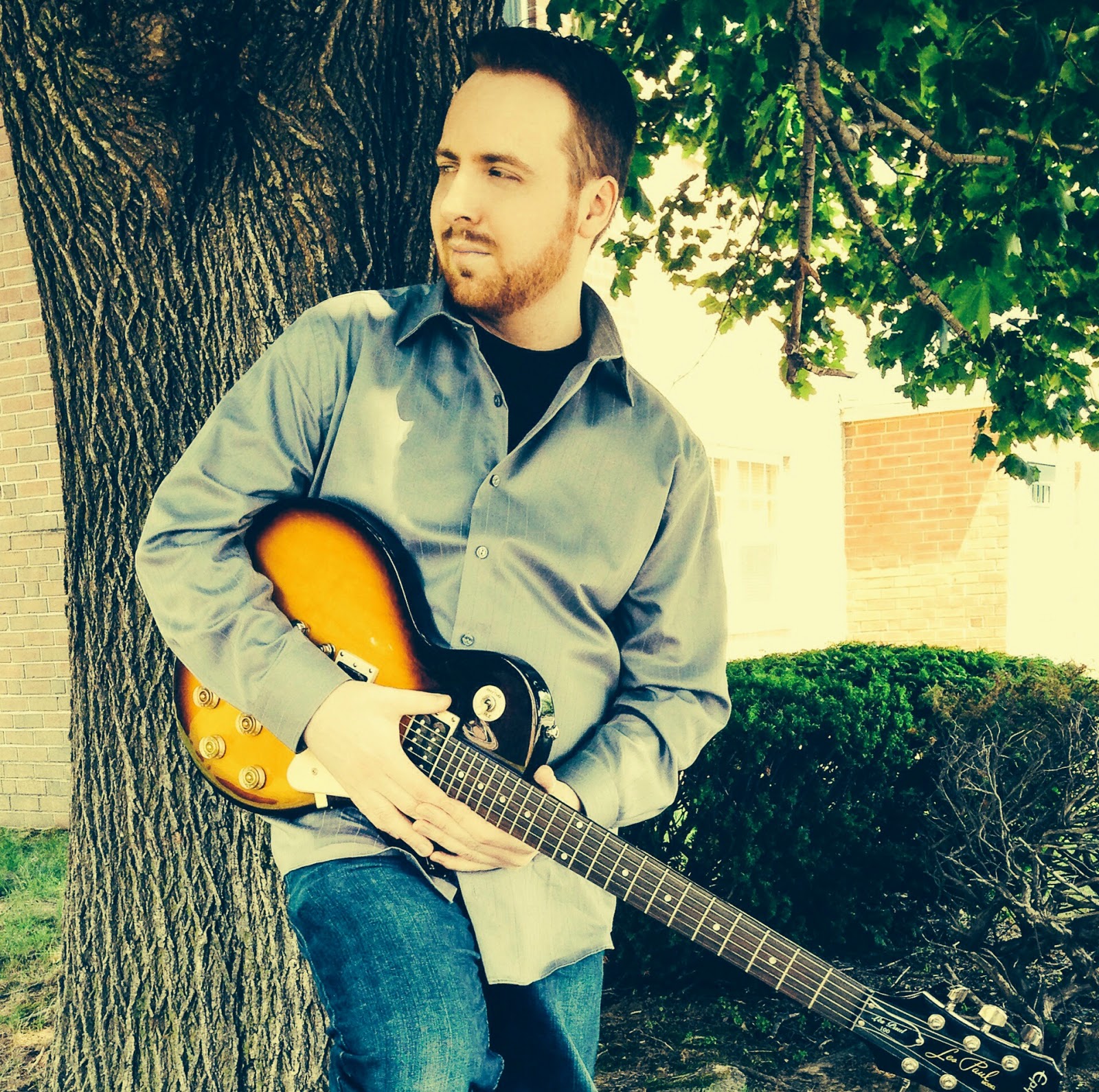 Your name:
My name is David S. Bradford.

Where are you from?
I'm currently living in Horsham, Pennsylvania - a town outside of Philadelphia.

Name of band:
I perform under the name D. S. Bradford.

Who else is in your band?
I am a solo artist.

How would you describe yourself?
I've done a lot of soul-searching over the last few years. There was a time when I wouldn't have been able to answer this question honestly. I've made a lot of mistakes in life, but I've grown a lot from those lessons, with the love and patience from my fiancé and family. That is what is really important to me: the values of family, because no matter what happens with my career, they will always support me, but I cannot take that for granted or else I would have nothing.
When I was younger, I got swept up in the partying side of music and lost sight of the meaning behind why I create music. I have a lot of feelings and ideas to share and the best way for me to do so is through music and art. I tainted that by not sticking to my beliefs, but it wasn't the end for me. Things are better since I started over and now I feel more free, personally and creatively.

Who are your main influences musically?
I have many different influences from several genres. Both of my parents are classical singers and my uncle has had a rock band for decades, so music runs in my family. Being that my music falls into the 'alternative rock' or 'progressive rock' categories, I would have to say that Coheed and Cambria are my biggest influence in music. Something about them speaks to me and as a guitarist, they have some great tunes to warm up my fingers to! The songwriting, the story, the members themselves are inspirational to me. Anyone who knows me, knows this, and I make it known...a lot!
Other artists and bands I draw inspiration from are Serj Tankian and System of a Down, Nirvana, Foo Fighters, Father John Misty, Davenport Cabinet, Bayside, Vino Alan, Soundgarden, Incubus, Alice In Chains, The Beatles, John Lennon's solo work, Green Day, Sublime, a lot of bands from the 90s, the list goes on.

What do you hope to achieve in music?
What I hope to achieve in music is to share my story with anyone who will listen. I want to inspire people, and show them that they can achieve anything through hard work and continue to create music that has substance. Not only am I a musician, I am also a visual artist and I'd like to be an inspiration in that way, too - an advocate for the arts, in any form. I hope to do this through leading as an example. I want to build a catalog of great music that is heartfelt and makes people feel good, whether through lyrics or the composition itself, and I would ultimately love to create music for film and television. I have a lot that I want to do and want to experiment with different genres. Although I am mostly rock-oriented in my writing, I want to challenge myself and compose a symphony someday.

What has been the highlight of your career so far, and why?
It may be too early to tell because I've only just truly begun. I've been writing songs for a while, but I started over again and have renounced my earlier work. I haven't shunned my experiences because they are just that: experiences. I've learned from them. I was lucky enough to have some direction from a professional in the recording industry, Jeff Blue, who's worked with some notable artists like Linkin Park. Meeting with him and improving my songwriting was advantageous to my career at the start. Since then, I can call the creation of my single "Oceans" as the first song I wrote that is genuine, about something that matters, and something that I am, and will always be, proud of. I'll always remember the feeling of writing that song.

And what’s the moment you want to forget?
The very first show I performed, I was in the middle of a song and completely blanked on the lyrics. I was playing acoustic, so I was right out in the open with nowhere to go. I lost my place in the song and panicked. I made up the rest of the song, but my heart was racing and I was filled with so much anxiety. No one noticed, and I think I played it off well, but I was a nervous wreck. I made sure to work more on my awareness of my place in the songs after that! I chalked it up to first-time jitters.

If you had to pick just one of your songs to represent your music, what would it be and why?
My current release, Oceans, is my debut single. I wrote it back in 2012, after I took a break from music to reassess my priorities and start a life with my fiancé. It represents overcoming the struggles that I created and almost losing everything, the strained relationships, the war against myself. and coming to grips with reality. It is a song of hope. As it developed and my life continued to improve, I could see that the song had even more meaning than I originally had intended. Within the chorus, "New life always brings a smile," was meant as a nod to starting over. Now, to me personally, it also means the happiness I felt witnessing the birth of my son. I love that about songwriting, how a song could mean something at one time, the lyrics stay the same, but then take on a whole new meaning as life moves forward and evolves.

Where can we listen to it?
You can listen to "Oceans" on my SoundCloud page - www.soundcloud.com/dsbradford/oceans


Where can we find out more about your music?
Website: DSBradford.bandcamp.com
* This site contains the deluxe version of Oceans and has a lot more than just the song, including a print of the artwork I drew for the cover and lyric sheet.
Facebook.com/dsbmusic
Twitter.com/dsbradford
YouTube.com/dsbradfordmusic
Plus.Google.com/116163620901716736624/

Anything else you’d like to say that I forgot to ask?
I'd just like to add that I am currently working on an EP, which I am looking to have finished soon and released in early 2015. As with this first single, the other songs will have my own illustrations to narrate the stories behind them in a different way. The title and cover art for the overall release will be announced across my social media channels. Stay tuned for that.
For anyone reading this who wants to create: Do it. Life is too short to stop yourself from doing what you truly love. Even if it's a small contribution to your own life's satisfaction and happiness, it may mean the world to somebody, so share that. If you've ever felt like you're alone in anything that you do, you'll be surprised by the support of others if you are creating something genuine. It's that simple.
Posted by RealSoundsOK at 12:00