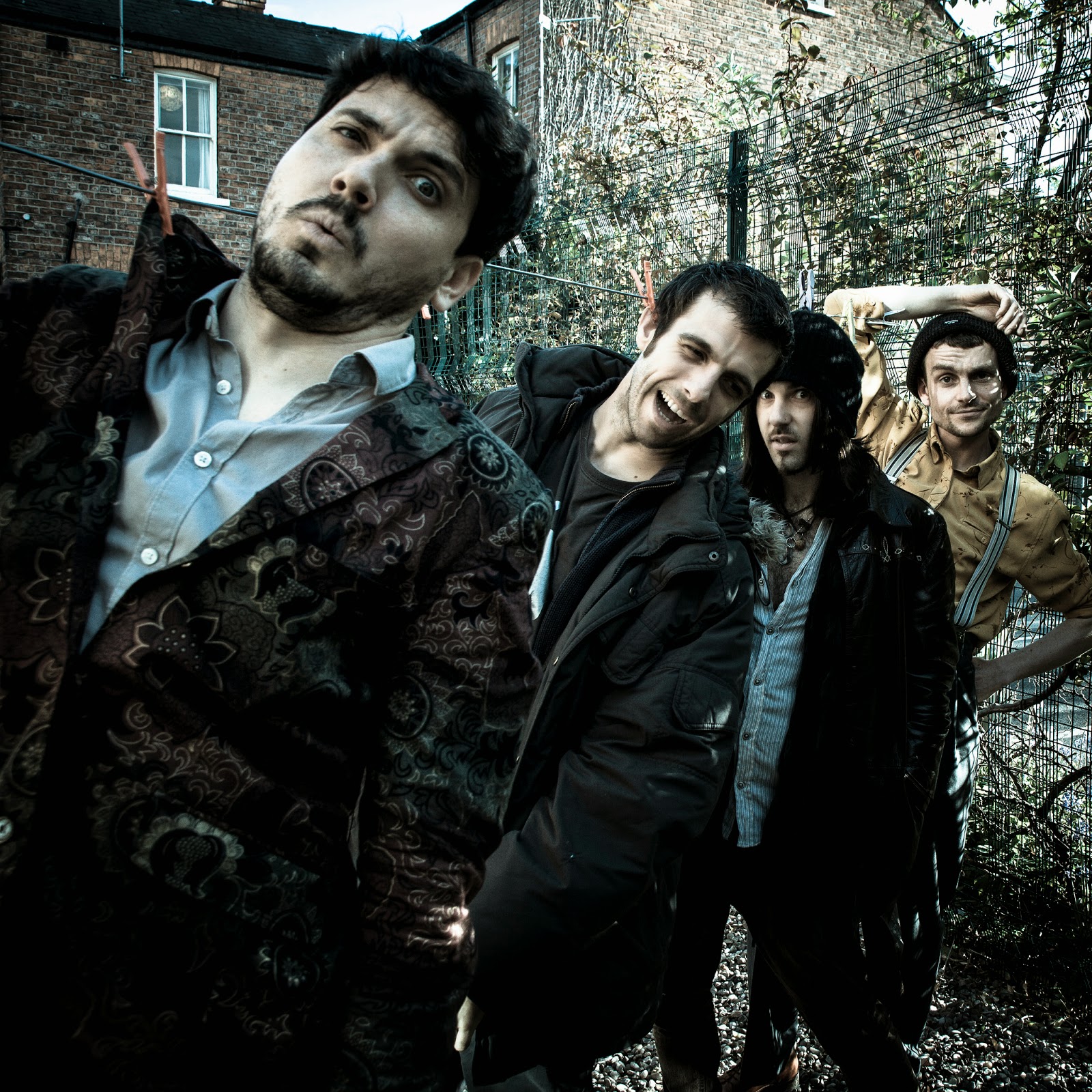 Where are you from?
I am from Barcelona (Spain) but I've been in Manchester for most of my adulthood.

Who else is in your band?
Jesse (bass guitar), Dan (lead guitar) and Javi (drums).

How would you describe yourselves?
We are a blues-rock band with 60s surf vibes. Our music sounds like rock'n'roll played with modern beats and melodies; very dancy indeed. However, it was conceived to listen to it on long car or train journeys (that's my favourite time to listen to music!)

Who are your main influences musically?The Rolling Stones, The Kinks, The Animals, Chuck Berry, Led Zeppelin, The Strokes, White Stripes...

What do you hope to achieve in music?We'd love to be someone's favorite band, in the way that our music brings positive energy to the listener. Our lyrics try to express our views about the world in the purest way we can, but always with a positive outlook.

What has been the highlight of your career so far, and why?Our highlight must have been our EP launch party at Big Hands (Manchester). It's a pretty narrow pub, so from stage we could only see a big crowd of people smiling and having a great time. The response from the crowd was amazing.

And what’s the moment you want to forget?Probably when we were dressing up as animals in a gig. We've never been so hot in our entire life!

If you had to pick just one of your songs to represent your music, what would it be and why?Hurry Down. I wrote that song without even thinking. I don't think I blinked for the whole time I was writing it. It came out straight from the most hidden layers of my soul.

Where can we listen to it?You can listen to it in youtube. It also has a pretty good video.
https://www.youtube.com/watch?v=DMEv9ZUB2JE

Where can we find out more about your music?We are pretty active on Facebook and Twitter, so you can give us a like/follow if you'd like to be updated with our latest thing
facebook.com/themagicroomband
Twitter: @magicroomband
But we keep all our things together in our website
www.themagicroomband.com

Anything else you’d like to say that I forgot to ask?


If you're about in Manchester, we'll be playing at Mono on the 19th of September. It will be a great party!
Posted by RealSoundsOK at 10:00