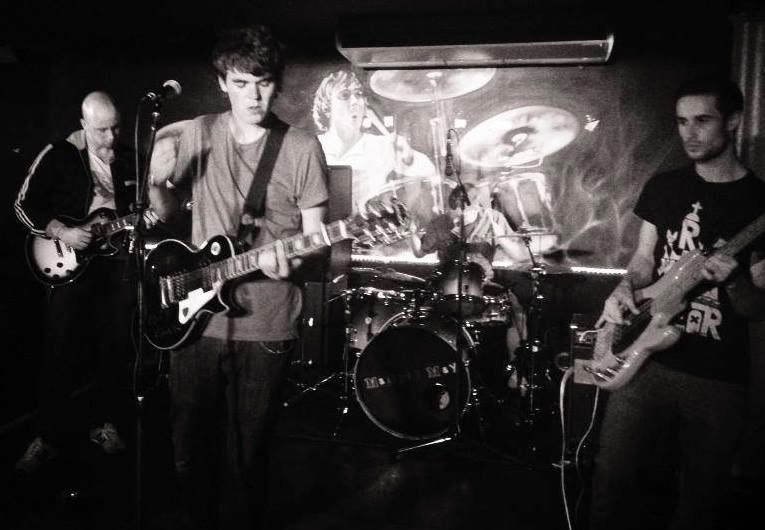 Where are you from?
Glasgow, Scotland

Name of band:
The Trend.

Who else is in your band?Ryan Malone (lead vocals, guitar), Sean Kerr (bass, backing vocals) and John Brown (drums).

How would you describe yourselves?Straight up, no gimmicks rock n roll.

Who are your main influences musically?
90s Britpop and classic British rock n roll such as The Clash, The Jam, Primal Scream.

What do you hope to achieve in music?
To keep playing for as long as venues/promoters will book us. Would love to play one of the major festivals and eventually put an album out.

What has been the highlight of your career so far, and why?
Supporting tribute band The Complete Stone Roses in front of a packed out O2 ABC Arena in 2013. During the years of the Stone Roses hiatus, the Complete's were the only chance to see the Roses stuff being played live and they are the best cover band of the best band! We also had a lot of fun filming our first music video "Keep On Prayin'" - https://www.youtube.com/watch?v=pnlqDWlgNAU

And what’s the moment you want to forget?
We've always had a good laugh and enjoyed every gig but there are one or two early ones that performance wise would be best forgotten about, usually due to one or all of us being too drunk to play properly but we've started taking it a bit more seriously since the gigs have started to get bigger and better!

If you had to pick just one of your songs to represent your music, what would it be and why?
We open up most of our gigs with Act of God because we feel the opening lines kind of define us. It's a kind of in your face song.

Where can we listen to it?
https://soundcloud.com/thetrend-1/act-of-god

Anything else you’d like to say about your band/music that I forgot to ask?
We gig all the time and have upcoming dates booked all over Scotland... Come and see us!
Posted by RealSoundsOK at 10:00