Amber Edgar opens up about new EP Good Will Rise 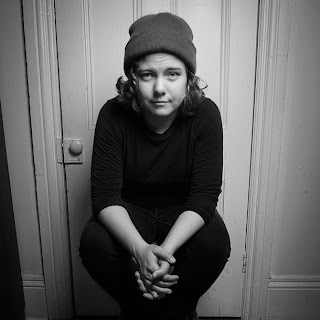 Here, the artist based in Hamilton, Ontario, talks candidly about the thoughts and experiences that went into making the record.

She told RealSoundsOK: "Good Will Rise was a difficult collection of songs for me to record, but I felt they were worth sharing with others because they speak to common experiences — depression, unrequited lust, grief, etc.

"During the process of recording a volatile mental storm hit me. One moment I was in a recording session — singing and playing a guitar into microphones — and then suddenly I was sprinting into oncoming traffic while attempting to reach a hospital. I hadn't slept for days, and it felt like I was existing in a bizarre, alternate reality. I actually believed I was a hero in a dark, computer game-like experience.

"Thankfully there was a lucid part of my brain that was still myself and knew something was really wrong,

​which ​
caused me to run for help.

"The next year was a struggle. I was diagnosed with

​b​
i-polar disorder, was adjusting to a medicated life, and was receiving relentless phone calls from creditors because of my mounting debt.
"Eventually with the help of others, I started to learn how to take better care of myself and in the process found my true-love who stayed by my side the entire time."

You can listen to Good Will Rise below and for more head to amberedgar.com